A few years ago when I was teaching I had one of those profound moments you tend to get when working with children.

There was one blond haired, blue eyed little boy in my class who really struggled to cope in school. He was painfully shy and most of the time he’d be visibly anxious whenever he was asked to do something, especially writing, he found writing really challenging and would frequently get to the point of tears.

One morning he came to me and without saying a word put a piece of black paper in my hand. It was this… 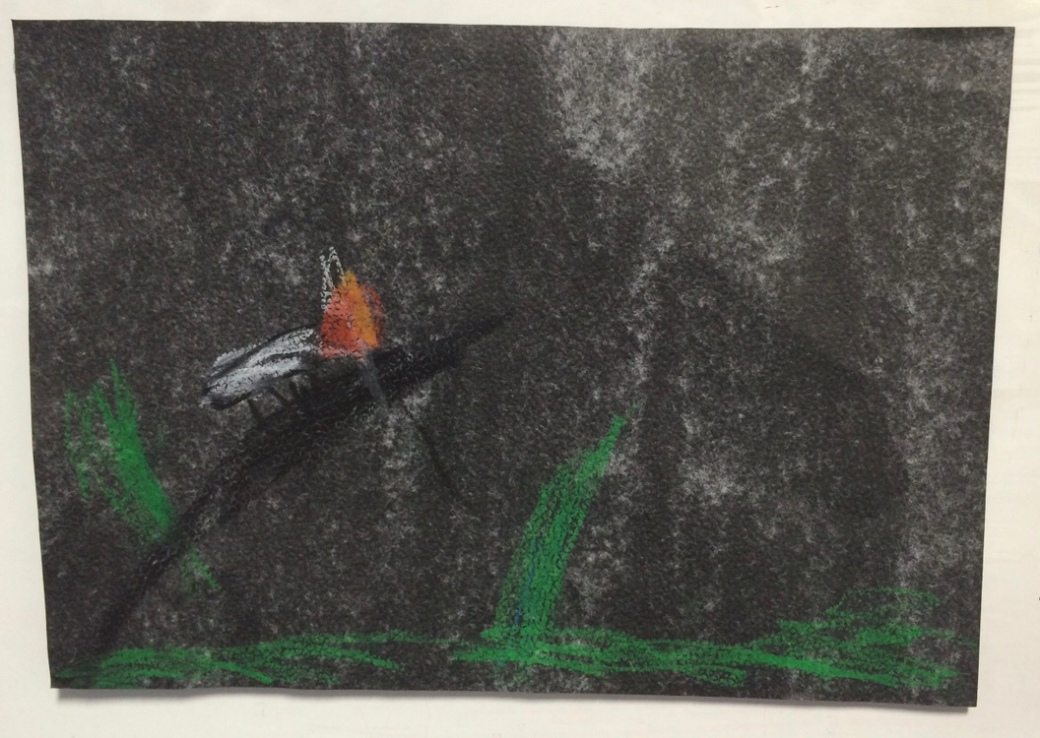 When I asked what it was I began to see a completely different boy. I listened to him describe his picture in detail, it was an insect, balancing on a branch in the rainforest and the rain was pouring down. He’s trying to shelter but he’s not the kind of insect with wings so he’s getting wet.

I pinned his picture on the wall and it stayed there for the rest of the year until I returned it back to the little artist.

I’ll not forget how proud this 6 year old was over his drawing, how he could talk so openly about it yet would crumble when he was asked to do some writing.

It reminds me of Picasso’s words…

I took this in an art gallery shop in New York City. It wasn’t set up or posed for, but more like one of those moments in time where you just see something special in a split second.

I took a picture. I’m glad I did although Caitlin not so.